I'm now listing ALL my GB. Just on is the 2009 Endangered Plants issue in superb postally used se-tenant blocks of 10. These always go VERY quickly and I only have two at the moment. I believe that these fine used se-tenant blocks will become very valuable in time as so few of them were used and even then many do not survive the post or indeed the soaking and drying process!

Whilst no doubt ex-FDC copies will be available in the future this is the real McCoy, bought back from my customers who have had these on their 9kg GB kiloware stamp parcels.

Remember I always buy back fine used GB that are used on my sendings, including singles. 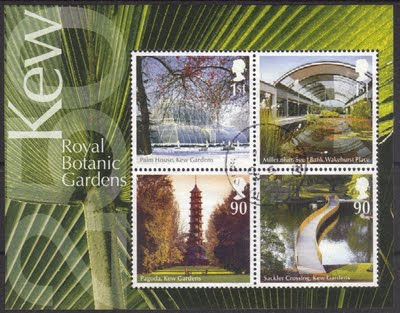 One of the big jobs that I've been dreading is to put ALL my GB stock on to the website. But I've started and am ploughing my way through thousands of stamps. As always this is material of the best quality, the accent is on more recent material. It includes some superb fine used GB, much of which was used to send parcels out to customers (the clue is the Pensford CDS) then bought back by me.

Just on is the 2009 Kew Gardens mini sheet with CDS. I normally put things like this on eBay but as I'm building the website most material like this will now go on there. I expect these to sell very quickly!

Posted by Steve Sainsbury at 6:46 AM No comments: 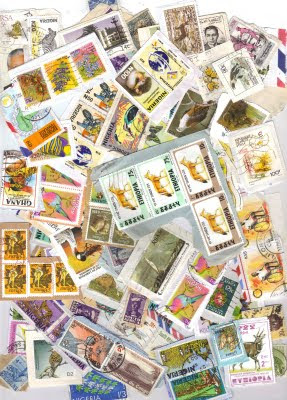 I'm just loading some new kiloware, most offered for the first time.

We are now making up all our country iloware lots in house. Unfortunately the previous supplier could take up to three weeks to deliver and many of the lots were just not of good enough quality.

Everything now listed under kiloware is IN STOCK and ready for immediate delivery!

Posted by Steve Sainsbury at 9:13 AM No comments: 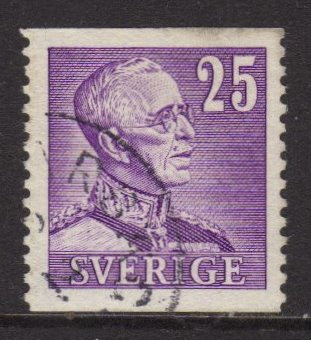 If you haven't visited the website lately you are going to be surprised by the amount that's on it!

We now list an almost full range of Commonwealth packets, many country kilowares, thousands of single stamps and of course our famous GB kiloware - when we have any!

Posted by Steve Sainsbury at 6:34 AM No comments: 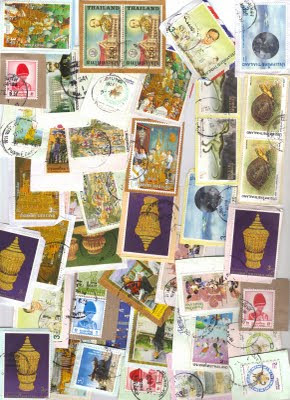 Another kiloware just in is Thailand. It's supposed to be a general charity mix but it is so packed with commems that I had a job finding definitives for the sample photo!

Posted by Steve Sainsbury at 8:59 AM No comments: 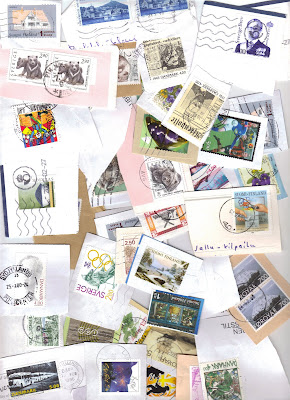 Our range of kiloware is expanding all the time. We've tracked down some really classy mixes, all at reasonable prices. Just in is a superb Scandinavia commemorative only mix. This is a clean and very modern mix and includes smaller countries like Faroes etc. Price is only £41.25 per half kilo!

Posted by Steve Sainsbury at 8:52 AM No comments: 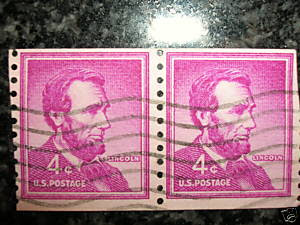 One little side interest is discovering the daftest listings. This gem was today's.

Why anyone would bother scanning and listing tat like this I don't know - perhaps because it's now free to list on eBay if you're an amateur. But even if it's free to post surely there are better ways of wasting one's time?

Yes, EXHIBITION quality!!!!! That delicate postmark, the sheer rarity of this stamp, the neatly scissor cut right hand margin - what philatelic exhibition could afford NOT to display this classic gem?

Posted by Steve Sainsbury at 3:07 PM No comments: 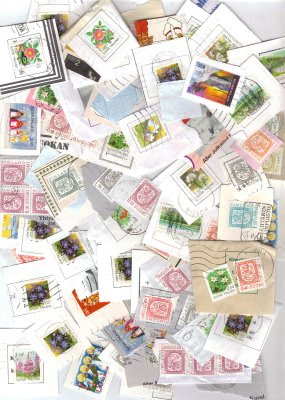 I've had a huge response to adding individual country kiloware lots with orders coming in every day. Prices are very reasonable and the list includes some very unusual countries. Check out the website here.

Posted by Steve Sainsbury at 3:49 AM No comments:

yet more on the web! 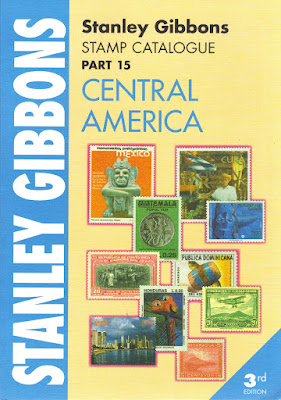 We've started listing catalogues on the website, starting with Stanley Gibbons of course. Almost all of their catalogues are now listed. I am offering a discount on all of them, so why not add a catalogue or two next time you order stamps?

Posted by Steve Sainsbury at 2:27 AM No comments: 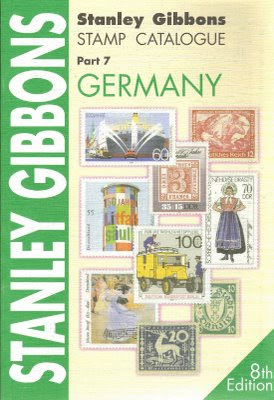 I've just started building the catalogues and books section on the website. I'm starting with pretty much the whole range of Gibbons catalogues but hope to add specialist and foreign catalogues (including revenues etc) as well as specialist books as time goes by.

Posted by Steve Sainsbury at 8:47 AM No comments: 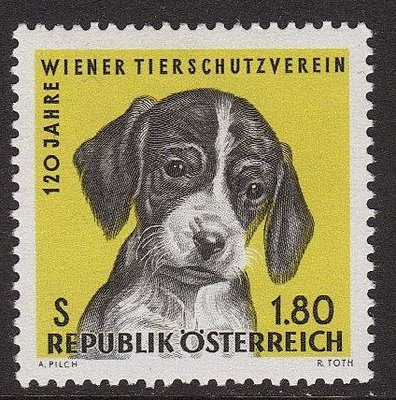 If you haven't had a look at the website lately have a look now - you'll be pleasantly surprised! We've now listed almost 5000 individual stamps and sets, from all over the world. We stock about twenty countries' new issues in addition. I still have thousands upon thousands of stamps to list, it's a never ending job!

I'm also now gradually listing a vast new range of kiloware and packets. In kiloware almost all countries will be available, in packets there will be a full range of Commonwealth. I have found a source of foreign packets but it may be a year or so yet before they appear.

I'm also now stocking a full range of Gibbons catalogues, though these haven't made it to the website yet!

If you're interested in GB kiloware we now have a pre-booking system as these lots are so incredibly popular. Next supplies will be at the beginning of June.

Posted by Steve Sainsbury at 12:33 AM No comments:

I've begun buying back the stamps that I use to send my kiloware out with. 90% of them reach the customer superbly CDS used. It is incredibly difficult to find genuinely used GB material these days - but this is the real thing. My postmaster Pete does an excellent job postmarking really carefully.

I am happy to buy back all the miniature sheets, complete sets and high values that you receive from me, for 50% face for cheque/Paypal payment or 75% face for exchange. They obviously need to be in perfect condition with the Pensford postmark as above. All issues are wanted ...

Posted by Steve Sainsbury at 12:29 PM No comments: 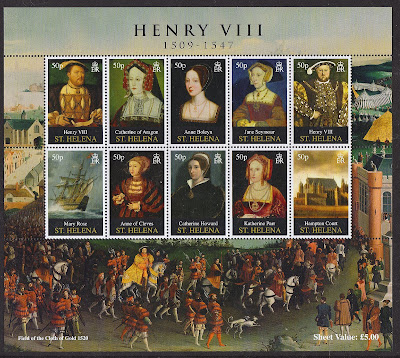 Also added to our New Issue stock is St Helena, starting with this excellent 2009 sheet.

Posted by Steve Sainsbury at 4:51 AM No comments: 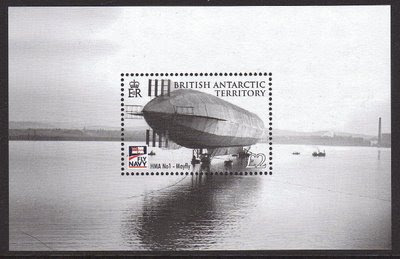 We've now added a 'New Issues' tab to the website, and the number of countries we stock as new issues is increasing. The new countries include British Antarctic Territory. New issues are only stocked in unmounted mint condition. However we are happy to provide ANY format through our new issue service - please email for details.

Posted by Steve Sainsbury at 4:44 AM No comments: 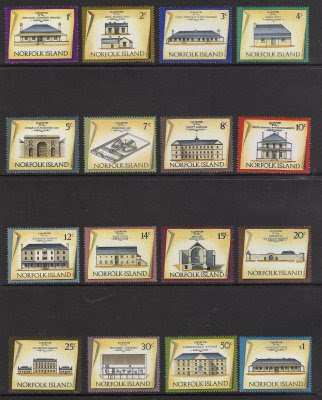 More from the Norfolk Island collection currently being added to the website.

Posted by Steve Sainsbury at 3:56 AM No comments: I've been busy breaking down a fairly comprehensive Norfolk Island collection with quite a few better items. Check out the website - these probably won't be around for long!

Posted by Steve Sainsbury at 3:14 AM No comments: 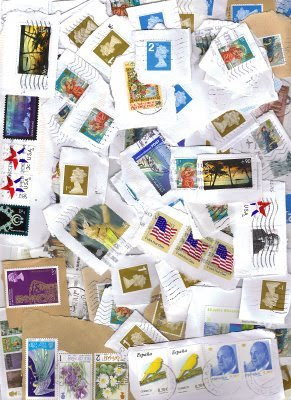 There's a bit of angst in stamp dealing circles over the so-called SecUrity Machins. The worry is that the apparent inability to source 'mint no gummed' in the future may damage the whole GB kiloware trade.

This is a difficult one. The existence of 'unfranked' is really a result of over-mechanization. In the past when post was hand postmarked this very rarely happened. Now a lot of larger packages arrive unpostmarked or, worse still, wrecked by biro cancellations. This is particularly annoying when the stamps already have light CDS postmarks!

I do however suspect that a lot of unfranked in kiloware comes from unused stamped addressed envelopes. These stamps have NOT fulfilled a postal purpose so it is still legal to use them.

I suspect the new Machins WILL be soakable. If they use the same gum as the 'unsoakable' recent Xmas NVI commems then they will come off paper with difficulty.

But if they're not what may this mean?

It will take a long time before these appear in large quantities in charity collected GB kiloware.

If collectors find that they are soakable (with difficulty) then the price will fall by around 10%.

If they are unsoakable then kiloware prices may fall by 50%.

This will definitely affect the viability of some charities to continue to deal with stamps.

And what are the unintended consequences?

Well I spend £6000+ a year on postage sending out kiloware. The MARGINAL extra cost of delivering my parcels probably cost the PO less than a pound. The price of a parcel is £12.24 postage. If it's no longer feasible to sell GB kiloware at a profit all this income will be lost to the PO, as will the cost to the charities of sending the stamps to me. Oddly, the vast majority of us in the kiloware trade NEVER use mint no gummed!

By announcing the SecUrity Machins the PO is signalling to the UK public that it is possible to reuse stamps! How many times have you received a letter with a stamp clearly cut from an envelope and sometimes even just stuck on with sellotape? I can see this hapening a lot more in the future!

If the stamps are unsoakable then they'll simply be cut from envelopes and reused.

If this idea takes off will the PO spread its use to more and more stamps, perhaps even commemoratives? This will reduce the number of collectors taking an interest in GB material, eventually materializing as less sales to the Bureau.

What are the extra costs of using these security features? Is it less than the (totally estimated) loss to the PO of reused stamps? Or the loss of the kiloware trade? The loss of goodwill if charities can no longer raise money this way?

Because the real point isn't unfranked material, but franked stamps. If these are no longer collectable in the normal way (ie soaked off paper) will collectors abandon GB stamps in droves, affecting the profits of Tallents House?

It is particularly below the belt for the PO to imply that current GB stamps can be cleaned of their postmarks. This is an urban legend and simply isn't possible. Security features have been used since the Penny Black, most have been dropped eventually as they are not worth the bother. I suspect that that will be the case with these SecUrity features!

Posted by Steve Sainsbury at 11:08 AM No comments: 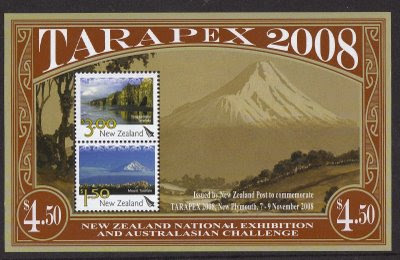 I do like this new miniature sheet from New Zealand which celebrates the Tarapex exhibition which contains 2 definitives within a stamp-like frame. I have just five available on the website.

Posted by Steve Sainsbury at 10:14 AM No comments: